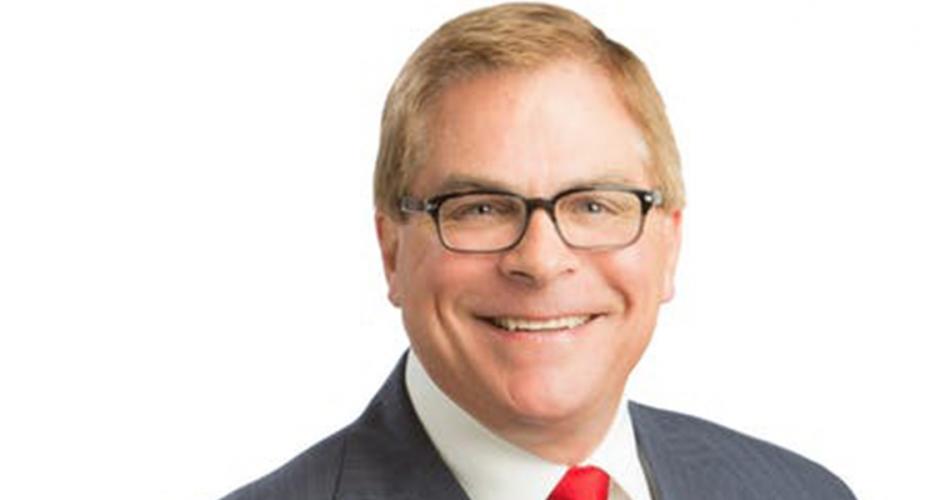 Blog: How a Health Administrator Aided in Constructing the World’s First LEED-Platinum Hospital

As the director of the Master of Health Administration (MHA) program at the George Washington University Milken Institute School of Public Health (Milken Institute SPH), my job is to help prepare our students to lead fulfilling careers in health management and administration.

I feel blessed to have held leadership positions at six hospitals and hospital systems over the course of my career, and I taught at many of their affiliated teaching institutions. Now that I am teaching fulltime at GW, I have had the opportunity to ponder why what I experienced as my most rewarding experiences were so gratifying.

A high point of my career was overseeing the design, construction and opening of the Dell Children’s Medical Center in Austin, Texas.   I am very proud of the fact that we completed the project for $1.2 million under budget and delivered it exactly on time. When the building opened on June 30th 2007, it was the first-ever hospital in the world to receive a Platinum certification by the U.S. Green Building Council’s Leadership in Energy and Environmental Design (LEED) program, the highest level of certification possible. The building also won many architectural awards. But the reasons I got so much out of my role in the project go beyond those achievements.

At the time the project began in 2003, I was CEO of the old Children’s Hospital of Austin, which was part of the Seton Family of Hospitals. I had just been recruited to Austin to lead the new hospital construction project, the capital campaign, and build pediatric medical programs that Austin had not previously had.   The Seton Family of Hospitals was and still is a member of Ascension Health, which is the largest faith-based not-for-profit healthcare system in the U.S.

Catalyzed by a donation
The donation of $25 million from the Michael and Susan Dell Foundation as part of the fundraising campaign was what inspired our team to take on the project of planning for, designing and building the world’s first LEED Platinum hospital.  At that time, the U.S. Green Building Council had not yet developed their current criteria for healthcare construction. We achieved LEED Platinum status using their Class A office criteria, which was quite challenging in the healthcare setting.

We decided to go forward with a green building because we realized that people look at children's hospitals and expect them to be leaders in areas like this. At that time research was just emerging which showed the benefits of green building design on aspects of care such as lowered lengths of stay, reduced use of analgesic pain medication, and improved patient satisfaction scores.  We also learned from focus groups and community leaders that Austin, being a very progressive community, would likely embrace such a plan.  Embrace it, they did.  Once that decision was made, its benefits snowballed.

The original goal of the fundraising campaign for capital construction of the Dell Children’s Medical Center was $50 million. Once the project went green, the campaign raised an additional $36 million. The business community in Austin was very receptive and supportive, and the project helped our philanthropy efforts.  Very wisely, the Dell’s established their gift as a “matching” gift, so the Dell Family Foundation agreed to match any other donations dollar-for-dollar up to $25 million.

Due to the criteria for constructing a green building, the site for the new facility was relocated to a brownfield location in the city's desired development zone. The city encouraged us to set a high bar for the construction that would come after us in the development of the site.  The site was the old Austin airport location in East Austin, which had laid fallow for several years.

Green energy use
A major aspect of what makes the design of the Dell Children’s Medical Center “green” is its energy use. As the U.S. Energy Information Administration states, hospitals consume large amounts of energy because of how they are run and the many people that use them. Hospitals are open 24 hours a day; thousands of employees, patients, and visitors occupy the buildings daily; and sophisticated heating, ventilation, and air conditioning (HVAC) systems control the temperatures and air flow. In addition, many energy intensive activities occur in these buildings: laundry, medical and lab equipment use, sterilization, computer and server use, food service, and refrigeration.

The Dell Children’s Medical Center includes a combined heat and power (CHP) system at its heart. This made Dell Children’s one of the first hospitals in Texas to use an onsite energy system as its primary source of electricity and one of the first grid-independent hospitals in the nation, according to the U.S. Department of Energy’s Energy Efficiency and Renewable Energy Information Center. The system saves the hospital money because it generates electricity much more efficiently than a coal-fired power plant can, and waste heat from the system is used to produce steam and chilled water used by the hospital.

Considered as a whole, the project demonstrated that both Austin and the Seton Family of Hospitals are community leaders. It really arose from the trustees’ stewardship, writ large. Their stewardship extended to both the organization’s financial status and that of things that are usable and exhaustible, including the environment and children’s health.

Staffing benefits
Even before the building was completed, it improved our recruitment because it was perceived as offering a better work environment. It drew more applicants than we could possibly hire, including nurses from small hospitals that had been designed in such a way that access to daylight was limited.

In 2014 the Journal of Hospital Administration published a study documenting that Dell Children's had higher levels of staff engagement than two other comparative Seton hospitals that were not LEED-certified. The study also reported that the hospital had lower turnover rates than the hospital it replaced. “This study demonstrates that the quality of the hospital environment has social, environmental and cost implications that aligns with the intention of sustainable design,” according to the study.

Taking on this project was a big, but calculated, risk that paid off. I did my homework and I advise my students to stay abreast of larger trends in the world so that they are well-positioned to jump on unexpected opportunities like this that may take them outside their comfort zone but prove to be very worthwhile in the long run.

Robert Bonar, DrHA is the Gordon A. Friesen Professor of Healthcare Administration and the director of the Master of Health Administration (MHA) program at the George Washington University Milken Institute SPH.